5000Plus was founded by Rob and Jane Garratt in 1998. Challenged by the poverty they saw while travelling in Nepal, they asked God what could be done. Back came the response "the answer starts with what the people have, not with what they don't have". The story came to mind of the miracle of the feeding of the five thousand men plus women and children as recounted in Mark’s gospel chapter 6 verses 35 to 44.

On asking their host Hari Khati what skills he had, they discovered before becoming a pastor he was a tailor and that he thought he could pass these skills onto others. With a £100 donation two sewing machines were bought and this was the beginning of what became three tailoring businesses which in turn financed the running of sewing training schools. Many hundreds of students have successfully learnt a skill which generates incomes to feed their families. Thus the work of 5000Plus was born. 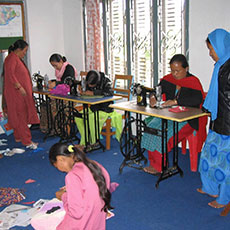 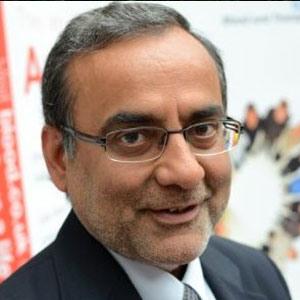 I have been privileged to be part of the 5000Plus journey for some time now. 5000Plus is unique in many ways and I believe is a truly creative way of impacting communities for lasting change. Rob & Jane's passion and vision are exceptional and contagious. A very simple model of using whatever people have and leveraging it for maximum impact and ensuring they take ownership of the vision in carrying it out.